Matcha madness is everywhere! Try matcha and spearmint tea in a smoothie.

Mounting evidence of tea’s health benefits recently inspired me to replace lackluster water in my smoothies with tea! This smoothie fights PCOS with a one-two punch from spearmint and matcha tea. In a randomized controlled trial, 41 women with PCOS drank either 2 cups of spearmint or herbal tea (placebo) a day. After 30 days, free and total testosterone levels of the spearmint tea drinkers were significantly decreased (with a slight reported decrease in hirsutism). Previously, the same antiandrogenic effect was shown in an animal study. Although the literature is limited, the potential benefits of drinking spearmint tea likely outweigh the risks.

Some benefits of sipping green tea include stabilizing blood sugar levels and reducing high blood pressure. Matcha tea is a powdered form of green tea reported to have a much greater antioxidant content. Last month a study conducted in rats demonstrated that matcha may prevent blood glucose and lipid accumulation.  Unfortunately, matcha has yet to be studied in humans.

Wajihah Mughal, my friend and fellow doctoral student, recently wrote about the matcha tea trend on her blog Re-Spect Science. Our conversations about its promised health benefits (including the likely false claims) stirred us to take a closer look at the research. Read her post about the matcha hype, then give my recipe a shot! 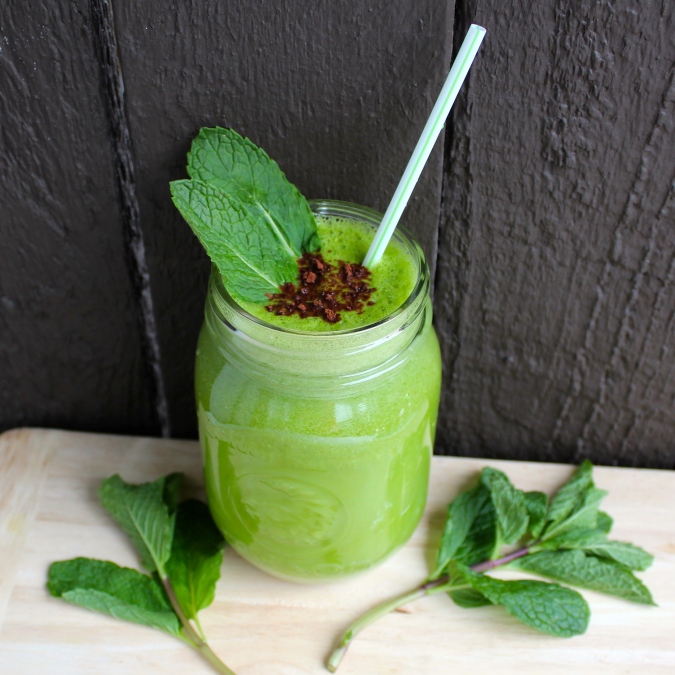 If you want to get my blog posts straight to your inbox, keep scrolling to find the button to follow my blog!